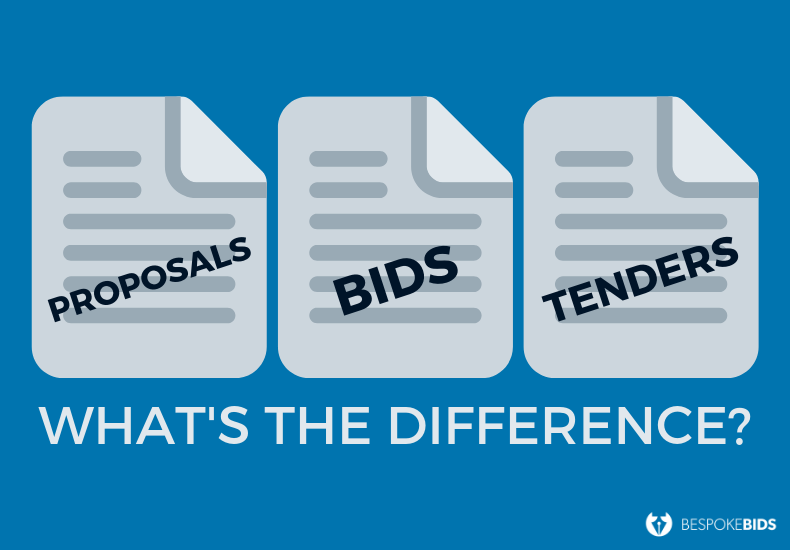 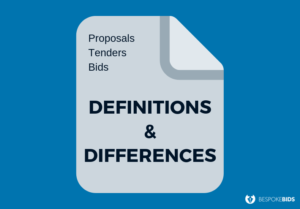 A quick Google search reveals almost as many definitions and explanations as there are online authors. Certain inter-continental language discrepancies which conflict North American terms with British compel this general confusion still further.

Many differences are linked directly to public sector vs private sector, or regulated vs unregulated usage. The highly regulated public sector procurement market, for example has, over the years increasingly standardised its procurement terminology, tending to only use the words “tender” and “bid”. The private sector however without so many regulatory hurdles, has tended to opt for “proposals”. 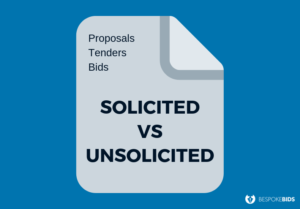 Both “Bids” and “Proposals” can refer to responses made to structured, solicitations or Invitations (ITT or RFP respectively). “Proposals” however can also hold an additional complication in that they can refer both to solicited and unsolicited processes.

Formally solicited proposals usually form the basis of competitive exercise. Informal proposals on the other hand are not subject to competition.

Unsolicited proposals, on the other hand, are essentially just marketing brochures. Generally speaking, this kind of proposal is not meant to close a sale. Instead they work best as an introductory marketing tool to your business.

In the grand scheme of things, probably not. As long as you are aware that what you call a proposal may be considered by others as no more than a glorified brochure.

What does matter, is knowing how to write a proposal. It’s important to be acutely aware of the difference between public and private sector tenders. Whereas public tenders generally emphasise process, procedure and experience, private tenders focus more on a more touchy-feely marketing-type approach.

The first type of writing relies on precision, as the buyer already has a very good idea of what they want. The second relies far more on creative and persuasive writing skills to direct the thoughts of a buyer who may not really know what they want to hear.

Follow Bespoke Bids on Linkedin to keep up with our day-to-day operations. We post live tenders, tips and tricks and more.